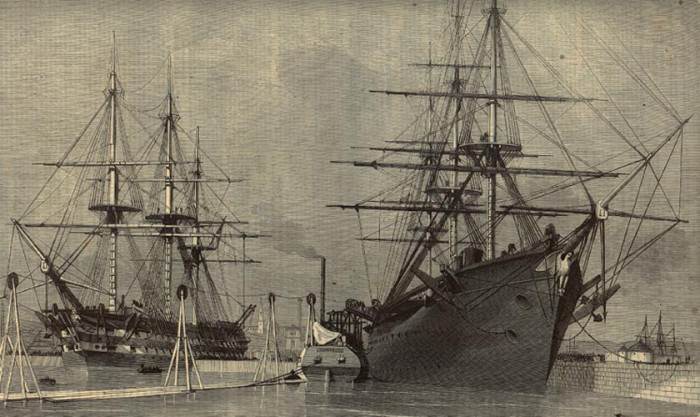 An ocean voyage in 1858 could be an arduous and hazardous undertaking for the thousands of migrants crossing the Atlantic for a better life in a new world. Many vessels were lost at sea with great loss of life and financial ruin for traders, merchants and shipping companies.

Although steam passenger services were in operation at the time, there were still a great many ships under sail. The transatlantic experience from that time varies considerably from one migrant’s story to another, but some elements were depressingly consistent. Rations were basic and meagre, water was at a premium, disease was rife, and death was often an unwelcome travelling companion.

There are several accounts of these voyages from a period of mass emigration prompted largely by famine, want, displacement and economic hardship. There is hardly one of them that does not include descriptions of cramped quarters, insanitary conditions and an indifferent, if not hostile crew. Accidents and injuries occurred daily and, worst of all, deaths among infants and young children were not at all uncommon.

The Davidsons endured their share of tragedy when they lost seventeen-year-old Alexander to “ship’s fever” shortly after their arrival on American soil. He had been a bright boy and hopes were high that a bright future lay in store for him in a land of opportunity.

The migrant ships would land along the eastern seaboard prior to disgorging their passengers who scattered to whatever hostelry or boarding house had been arranged in advance. However, the 37-day trip did not always end immediately upon arrival. Any incidence of serious disease such as smallpox or typhoid on board a migrant ship had to be reported. This resulted more often than not in a frustrating period of quarantine, made all the more uncomfortable by fetid living conditions, depleted food stores and stagnant drinking water.

When The Davidsons arrived in America they, like so many others, were free to make a life for themselves. They were also at the mercy of bureaucracy and dependent upon the goodwill of strangers until they could be united with friends and family in Wisconsin.